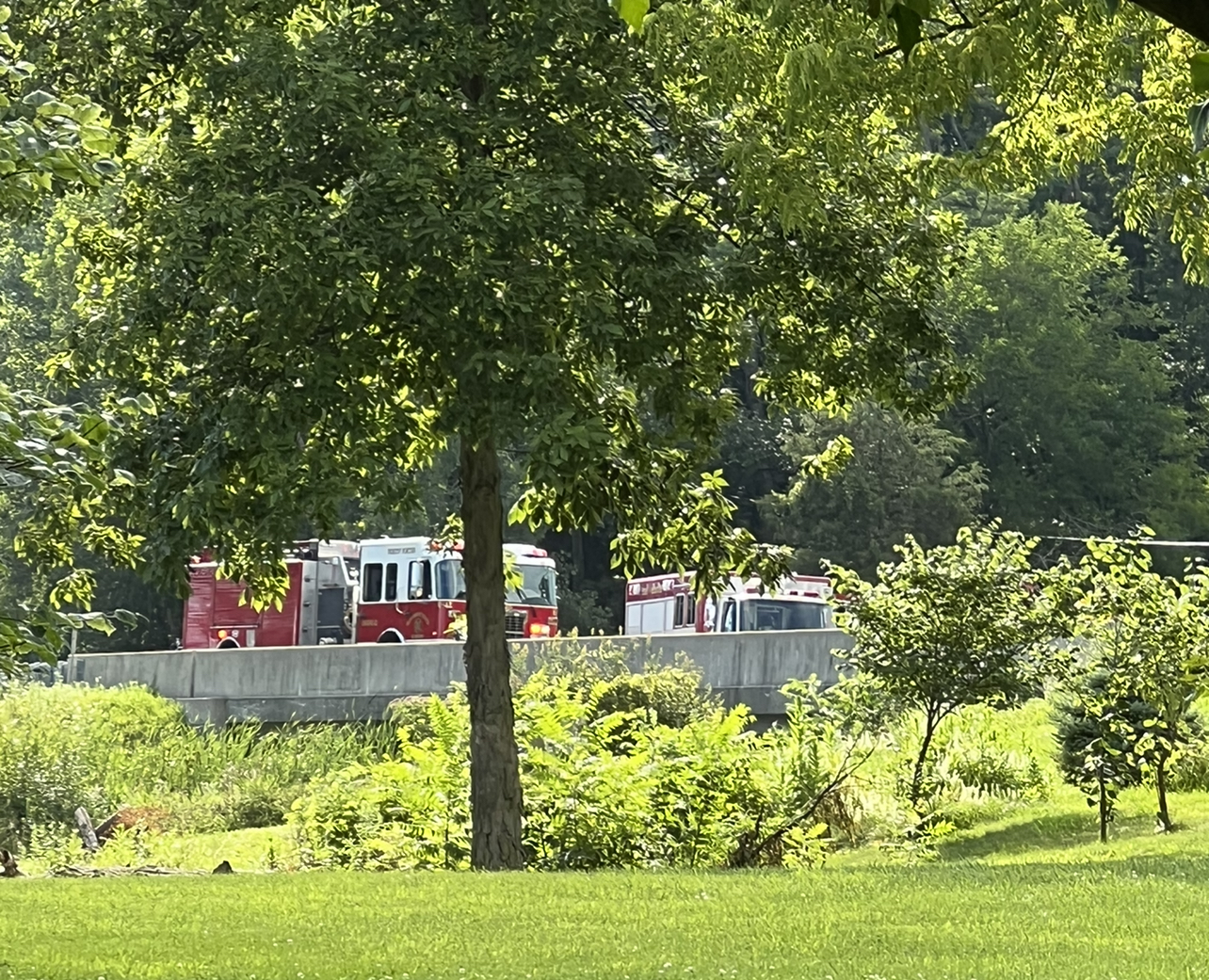 ORLAND, IN - At least one person has died as a result of a near head on collision late Friday afternoon east of Orland.

According to the Steuben County Sheriff’s Department, the accident happened just before 4 PM.

Steuben County dispatch was notified on an initial report of a 2 vehicle accident with multiple injured parties.

First units on the scene found four injured people in a passenger car, and an injured driver in a pick-up truck.

A preliminary crash scene investigation by authorities revealed that a blue 2007 Nissan Titan pickup truck driven by 50 year old Donald Gene Squires of Howe, IN was traveling westbound on State 120 from County Road 850 West when his vehicle traveled left of the center line into the path of an eastbound silver 2012 Volkswagen passenger car.

Investigators with the Sheriff’s Department say the female front seat passenger of the Volkswagen was pronounced deceased at the scene due to blunt force trauma by the Steuben County Coroner's Office.

The male driver and two small children, who were secured in child safety seats in the back seat, were transported by ambulance to Cameron Hospital in critical condition, according to a report from the SCSD.

The male driver and the elder child were then flown to Parkview Regional Medical Center in Fort Wayne by the Samaritan helicopter for further treatment.  Their condition was not known as of 9:40 PM Friday night.

Squires suffered minor injuries and was treated at the scene.

Three good Samaritans, two of which who lived on Thistle Downs Lane near the accident scene, and another who drove upon the scene, provided help to the accident victims, specifically the small infant child, until emergency personnel arrived. Area residents who could see the scene of the accident described it as “horrific” and “heartbreaking”.

No other information is being released at this time pending further investigation, as well as notification of next of kin.

Details on this accident, including the status of the victims, came from a news release from the Steuben County Sheriff’s Department sent out at roughly 8 PM Friday, 8/5/22. In addition, members of the WLKI news team were near the scene after the event later Friday evening.

Due to the tragic events, and serious injuries, status updates and conditions of the victims will not be shared until further notification from local law-enforcement investigators. Tragedies like this are a good reminder for everyone to practice patience and respect for those involved, their friends and family, as well as community members and first responders who witnessed the aftermath.